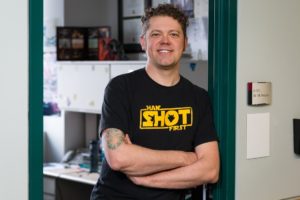 Mike Perschon has played in an indie band, jumped off a sea cliff in Jamaica, and been accused (in print) of witchcraft, a painful reminder of the fact that he never attended Hogwarts School of Witchcraft and Wizardry. To make up for a lack of real magic in his life, Mike plays tabletop RPGs and studies speculative fiction, particularly steampunk. Mike is the author ofSteampunk FAQ:All That’s Left to Know About the World of Goggles Airships and Time Travel, as well as many articles and essays on science fiction and fantasy. Mike currently teaches in the English department at MacEwan University, where he was awarded for distinguished teaching, despite his teaching style being, according to one student, “a cross between Robin Williams in Dead Poets Society and Deadpool.” 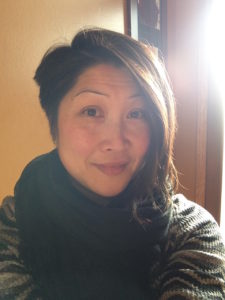 history 1930s-era “Chinese L.A.” replete with ghosts and magic. A mentor, speaker, and community organizer, she’s been involved with literary and genre organizations, conferences, festivals, and workshops across Canada. She is an Arthur Ellis Awards finalist, a Whistler Independent Book Awards nominee, and publishes both traditionally and independently. A member of The Writers Union of Canada and the Writers’ Guild of Alberta, she is also Past President of Sisters in Crime—Canada West and is based in Edmonton, where she can often be found staring out the window in between frenzied bouts of typing. www.sgwong.com | @S_G_Wong 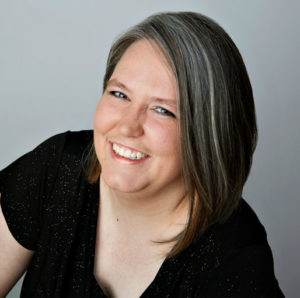 Rhonda is the editor of many anthologies including, most recently, Fire: Demons, Dragons and Djinn, Tesseracts: Nevertheless and F is for Fairy.

In addition, Rhonda is a writer whose work has been in publications such as Tesseracts 17: Speculating Canada from Coast to Coast and Imaginarium: The Best Canadian Speculative Writing (2012 & 2015). Her collection of true Edmonton ghost stories, Eerie Edmonton, and her YA paranormal thriller, Hollow, are forthcoming in 2020.