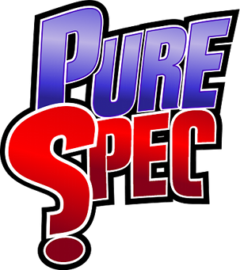 When we announced that the Pure Speculation Festival was free admission this year (and many years to come, we hope) we received an overwhelmingly positive reaction. Makes sense, who wouldn’t love finding out they were getting something awesome for free? We’re just as excited as you about not charging admission, because it means removing one of the barriers (and often the biggest one) to coming out and celebrating your nerdy passions with fellow nerds.

Scattered amongst the resounding “Huzzahs!” were some questions, which we also expected. “How could we afford to do this?” was the most asked, and that’s reasonable. I’m not going to dig in to the nitty-gritty of our finances, but suffice to say we’ve made some budgeting changes and are being very careful about sticking to that. A very close second to the question of ‘how?’ was, “I’d be willing to pay some sort of membership fee if it helped.” Okay, not a question, but it made me happy for a few reasons.

One, it shows me how amazing the nerd community in Edmonton is. Even as we’re prepared to give it away for free, you step up and offer to pay anyway because you want to help. And two, we had settled on a membership of some kind as the best way of letting the community help us grow, so it meant we are on the right track. As I’ve said many times, this is a festival by nerds, for nerds, and we want you to feel a part of Pure Spec. Not just during the festival, either. We have plans to run events year-round, and we hope you’ll stay with us for that.

So what does a Pure Speculation Society Membership give you? While we’ll tweak things as required, right now your membership fee gets you the following:

The current price of a Pure Speculation Society Membership is $20, good for one year from date of purchase. We’ll have them for sale at the festival, so hopefully for most of you that will mean you just renew them at Pure Spec every year. Clever, non? We have a Membership page on the site where you can purchase them as well, and we’ll make sure to give you a heads up when your membership is about to expire. We are also working on ideas around what a Lifetime Membership would look like, and what a fair price for that would be.

If you have any questions about the memberships or want to suggest a Lifetime Membership price, please fire me an email at pure.speculation@gmail.com, or drop a comment below.

We’re excited to roll these out and we hope you’ll want to get involved!